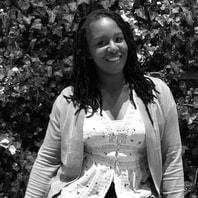 ​Hi loves! My name is Danielle Frederick and I was born and raised in Hope Mills, North Carolina. I was not raised in church but began periodically attending with my grandmother who would come and pick up all the grandchildren who were willing to go. From a young age God placed a call on my life, but because I felt inadequate I ran from the call and choose to walk a path with one foot in and one foot out. There came a point in my walk where I was so broken that living lukewarm was no longer an option. I had a radical experience with Jesus in my college dorm room where he asked if “I was ready to do it His way,” and I had nothing else to lose or give so I said yes.

Galatian 2:20 “ I have been crucified with Christ; it is no longer I who live, but Christ lives in me: and the life which I now live in the flesh I live by faith in the Son of God who loved me and gave Himself for me.”
Support Danielle Frederick