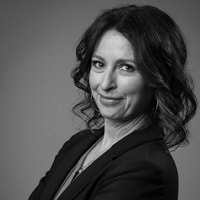 Jesus is worthy of my obedience, worthy of every single yes, every act of surrender. He healed my broken heart and gave me hope, and now I can do anything He calls me to. I used to be one who tried to follow Him on my own, obey Him on my own. The weight was too heavy to carry and too discouraging to stick with. I felt like I was a failure and that God was mad at me. Nothing could be further from the truth, but so many people are living this way too! Living to be a good person hoping in return the universe will look kindly on them. The weight of this is too much to carry and it leads to hell on earth and hell for eternity. People need to know about Jesus! And how will they know if we don’t tell them? They want to say yes, they just need something to say yes to. This is why I will go wherever He asks me to.

20 years ago, The Lord put a dream in my heart for missions. Over the last year and a half, The Lord has been restructuring my life and circumstances through a series of events. Selling my house, selling most of my belongings, and becoming an empty nester. I had no idea what was next. Then, SURPRISE! Jesus said, “I am calling you to the mission field!” This was not even on my radar if I am being really honest, but now I could not imagine doing anything else.

I am excited to be training with the team at Mountain Gateway, for the challenges ahead, the relationships ahead, and for the Lord to work in and out of me the things I need for what’s ahead and leave behind anything that isn’t needed. Not everyone is called to sell their things and move away, but we are all called to radical obedience. It is an act of love to the One who gave it all. What is He asking you to say yes to in this season? There will be no satisfaction any other way. Someone is waiting for your yes, for your story. The world needs what you have.

“I was one way, and now I am completely different, and the thing that happened in between was HIM.” - The Chosen
Support MICHELLE